With its unique location on the banks of Loch Lomond, ‘Stable Cottage’ is a cosy self-catering cottage which was part of the original farmhouse at Inveruglas and now a listed building. The cottage is located discretely in the corner of the working farm steading and has recently been renovated.

We have aimed to retain the character of the original building by including features such as the the oak staircase, wood burning stove and belfast sink. Next door is the old stable, hence the name. The luxury self-catering accommodation comfortably sleeps two and comprises of a kitchen/living area downstairs and en-suite bedroom upstairs with a double bed. 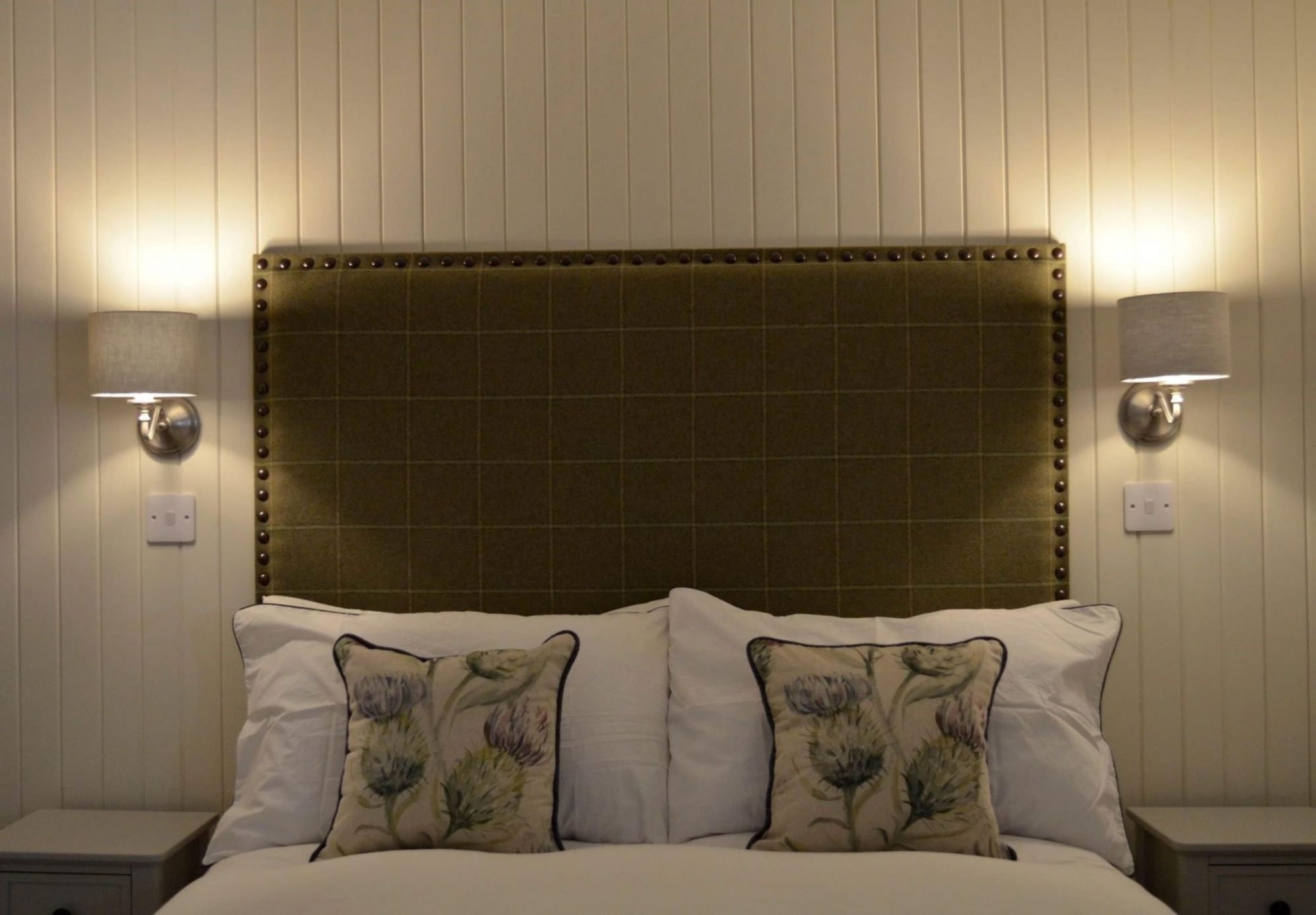 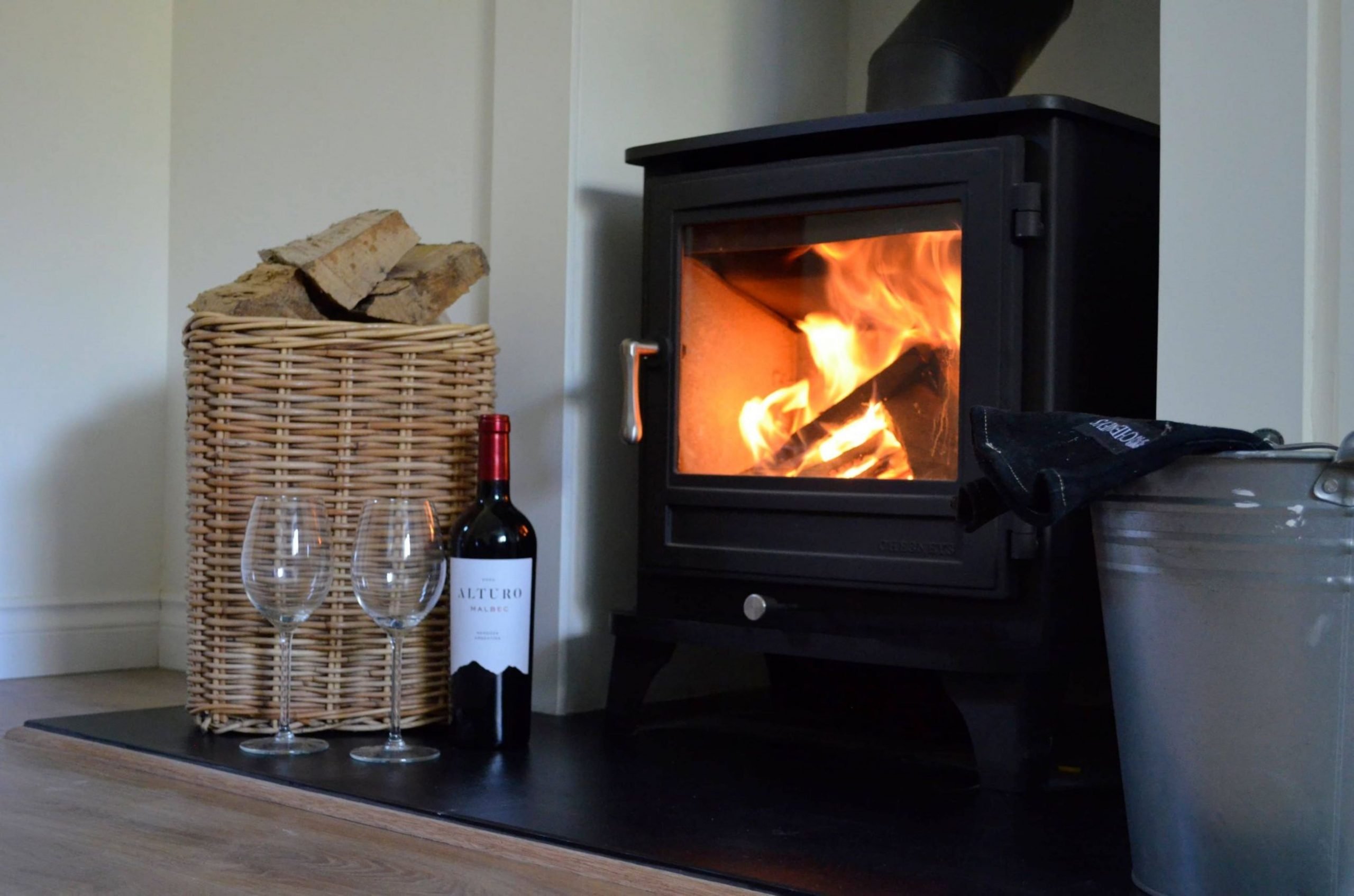 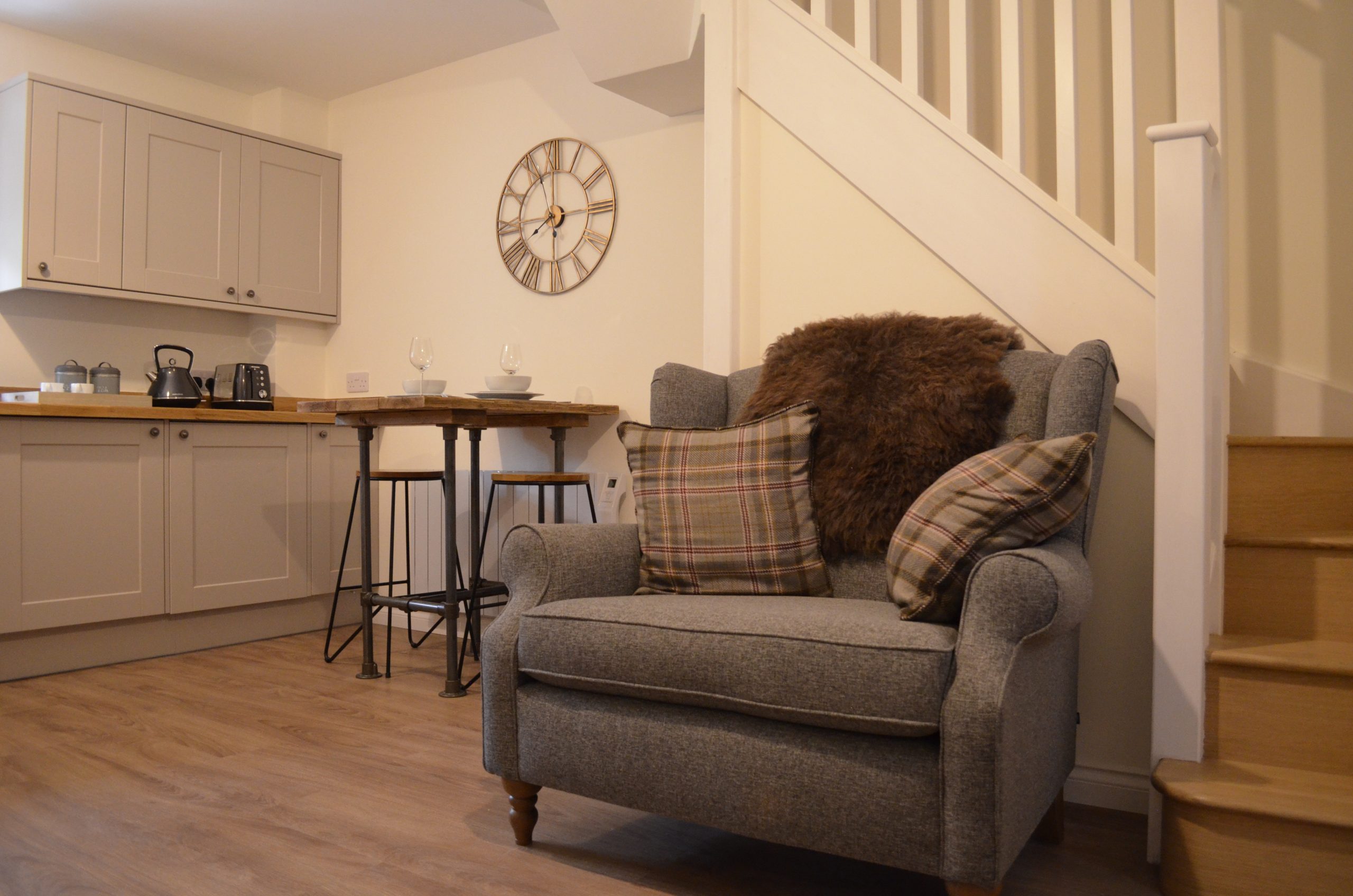 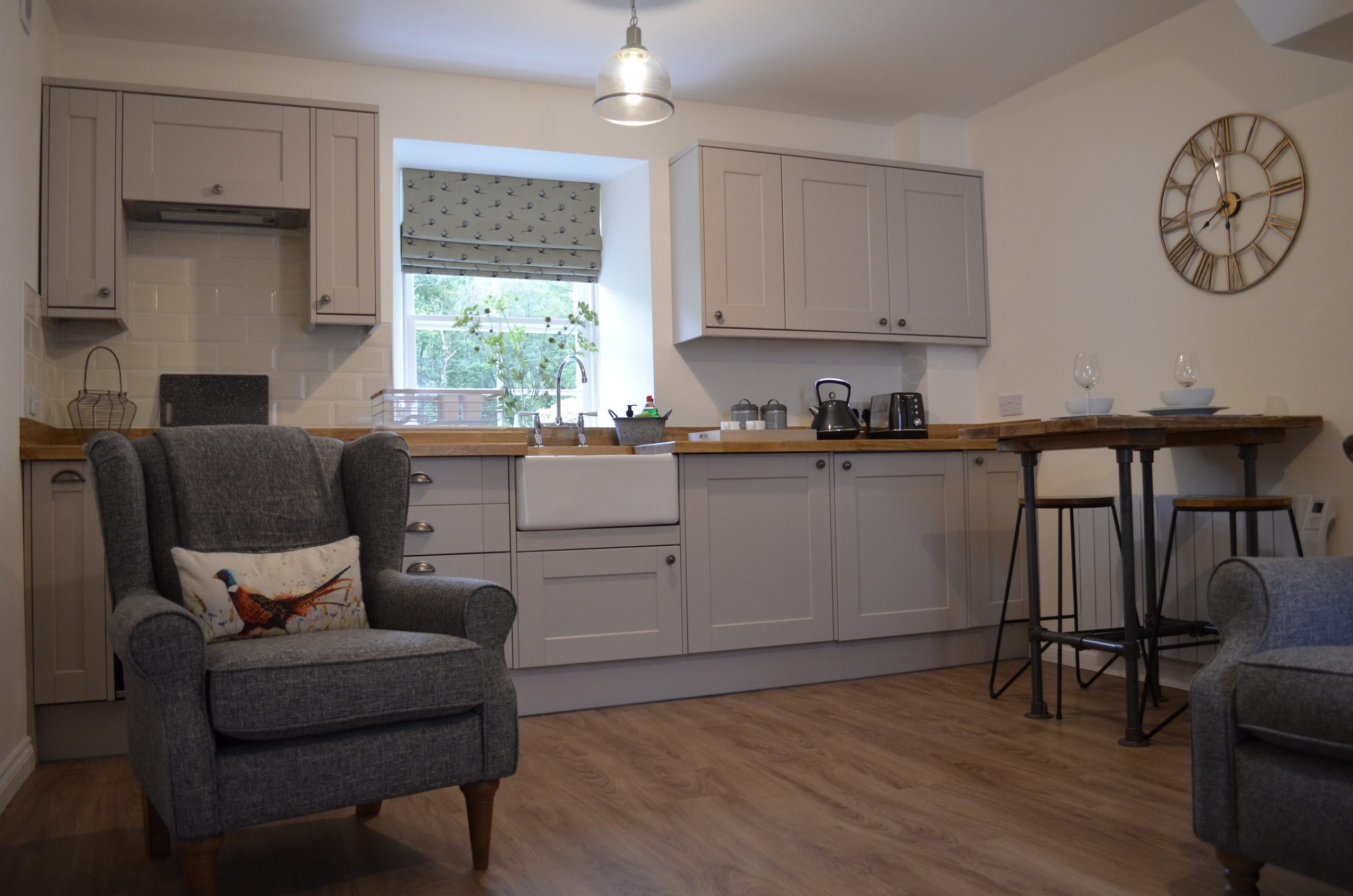 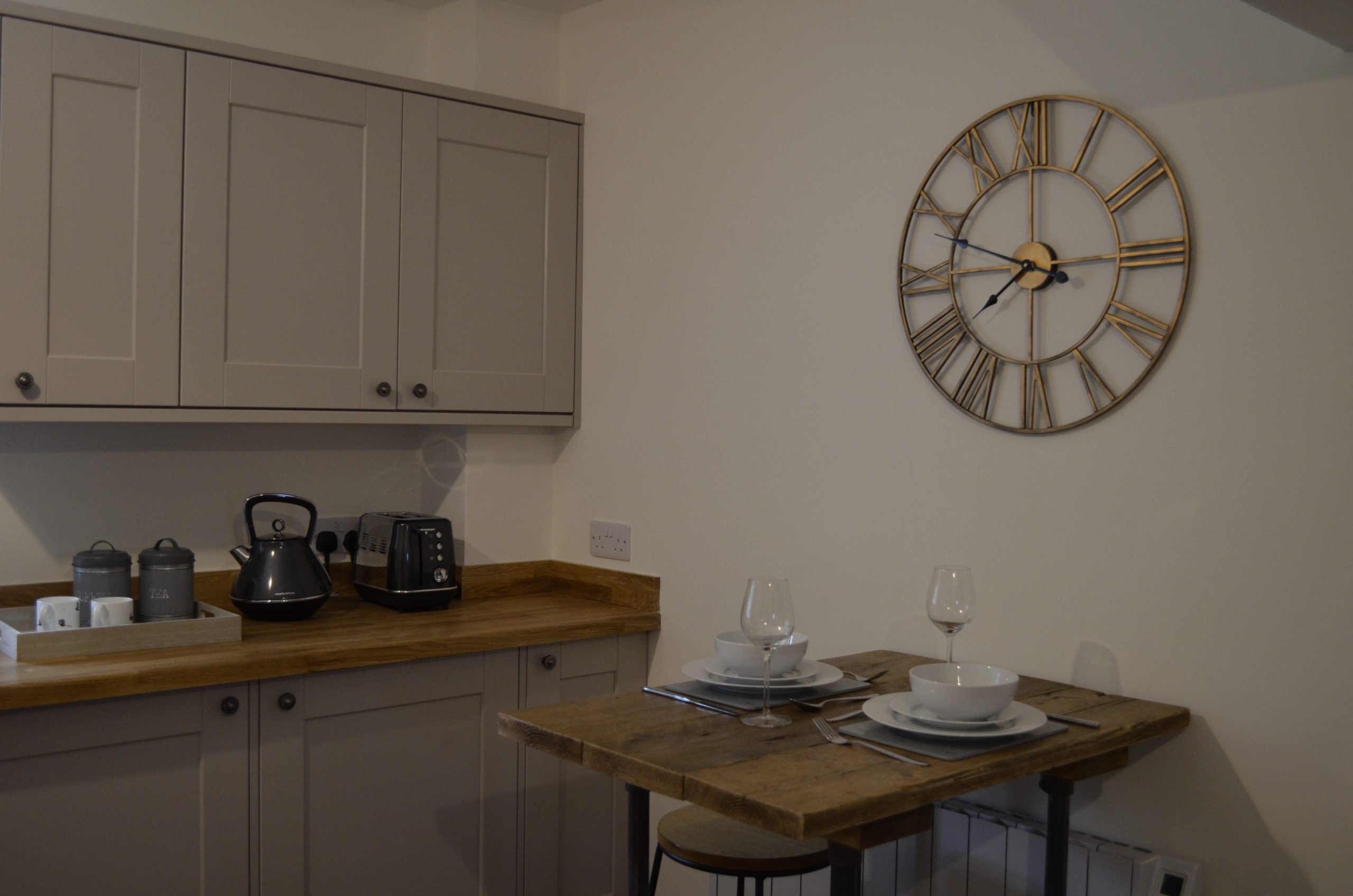 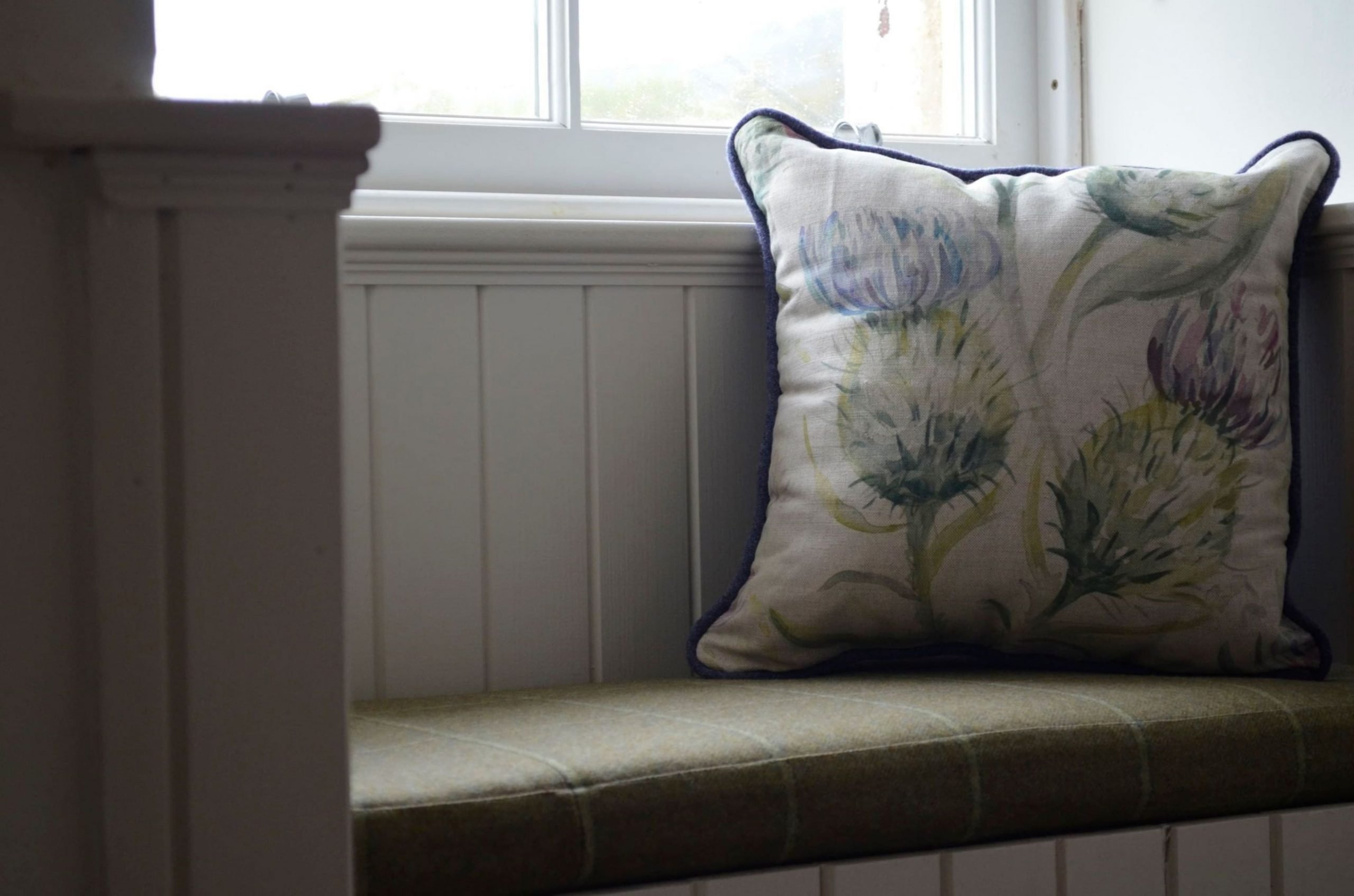 Things to do around Inveruglas

Inveruglas Farm is situated within the Arrochar Alps so offers excellent hillwalking and munro-bagging opportunities. The rugged peaks of two munros are on our land: Ben Vane (Middle hill) (915 m/3000ft) and Ben Vorlich (Hill of the bay) (943m/3093 ft). Beinn Ime (Butter mountain), which rises to 1011m/3317 ft is also nearby. As is the craggy Cobbler, the area’s most distinctive mountain – a Corbett – along with Ben Narnain, and A Chrois. Nestled in-between Ben Vane and Ben Vorlich is Loch Sloy, which feeds the Sloy hydro scheme. The dam and the road that leads to it were built at the end of WWII by Scots and Irish labourers with the help of German and Italian POWs. The 3-4 mile walk to the dam makes for a good amble for visitors. . Golden eagles have been spotted soaring high above Loch Sloy and if you take to the hill you’ll find orchids and  flaura and fauna in abundance.

The Glen Loin loop, the Three Lochs Way and the Loch Lomond and Cowal Way all pass through the farm. The Glen Loin loop is a 18km walking route in the Arrochar Alps which is also suitable for mountain bikes. The Three Lochs Way is a long distance path that links Inveruglas to Balloch at the south end of Loch Lomond. Rarely rising above 250 metres, the route’s 55 kilometres (34 miles) can easily be walked in 3 to 4 days Total ascent is approximately 1,500 metres. The Loch Lomond and Cowal Way is known as ‘Scotland in 57 miles’ because of its varied and stunning views that take in shorelines, forests, hills and lochs. It begins at Portvadie in the south of the Cowal Peninsula and its end point is at Inveruglas. It’s a great route not only for walkers but also for runners and mountain bikers.

Inveruglas Isle – out in the Loch – was purchased along with the house by the family in 1954. On it sits Inveruglas Castle, which was a principal stronghold of Clan McFarlane till it was partially destroyed by Oliver Cromwell’s men. The castle ruins are still very evident on the island today. Watch out for the majestic ospreys that have been spotted fishing on the loch close to the farm. Loch cruises and various water sports are other ways to explore and enjoy the water. Further details in the cottage.

Helensburgh, half an hour’s drive away not only offers a good steak and seafood bar but also the opportunity to visit the magnificent Hill House designed by Charles Rennie Mackintosh.

The Lodge on the Loch at Luss – https://www.loch-lomond.co.uk

The Den at Inveruglas (Coffee Shop) walking distance from the farm.