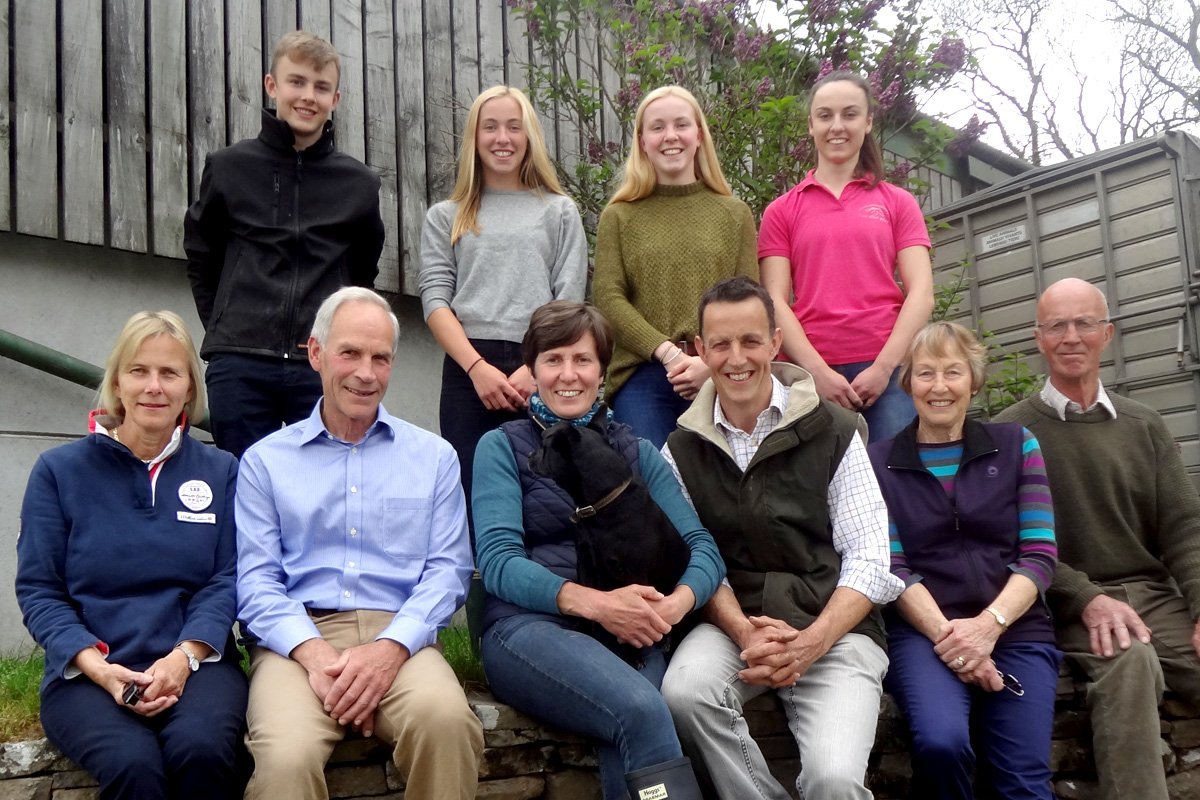 As a family business we are committed to farming in a sustainable way that guarantees a future for generations to come.

Our three farms are run by the second and third generations of the Duncan family. The farms are run as two interdependent and complementary businesses: Blairfad and Lands of Drumhead at the south of the Loch and Inveruglas at the north. Together, our three farms cover more than 2000 hectares. On them we farm 200 native bred suckler cows and their followers (offspring) all of which are home bred. Our breeding sheep flock are also home bred and are derived from the Scottish Blackface flock.

The farms’ sheep stock originates at Inveruglas, which was the first of the family farms. Blairfad & Lands of Drumhead buy sheep and cattle from Inveruglas. The southern farms buy older ewes from Inveruglas and use them for a year or two where life is much easier for them. They also buy calves from the northern farm and winter them in their sheds, to be sold on after the summer grazing season. Some of the females are kept for breeding and some of the hardier types are sold back to Inveruglas as breeding females too, once they are more mature.

All three farms are quality meat assured, operating a closed herd and flock policy. This means we don’t buy in any female replacements; only breeding tups and bulls are bought in.

We’ve recently started selling our home-grown, grass fed lamb, hogget and mutton direct to the consumer from the farm and online.

With the future in mind we have diversified our business by adding self-catering accommodation at two of our farms.

Offering guests to stay in one of two glamping pods at Lands of Drumhead or in the renovated Stable Cottage at Inveruglas.

A Brief History of the Business

Henry Duncan and his wife Mary moved into Inveruglas house, a former shooting lodge, initially in 1940 as tenants. Henry was a Commander in the Royal Navy and stationed at Greenock on the River Clyde. Amongst other vessels, he had served on the navy’s flagship HMS Royal Oak, which was famously sunk in Scapa Flow, Orkney, on the night of 14 October 1939 by a German U boat. Henry was on board the Royal Oak that night and managed to survive after swimming and floating for many hours on seawater aflame with burning oil.

Mary spent a lot of the time alone at Inveruglas as Henry was at war and even after the war was over he was stationed at various locations around Britain. Their son Ian was born in 1943, but due to wartime commitments it wasn’t until 1946 that Henry first saw him! Henry and Mary bought the house and the steading from Luss Estates in 1954. The hill ground was bought in 1957 along with the sheep stock which was purchased as a joint venture with Henry’s brother, also Ian, who was working in Penang until 1958.

Along with the farm’s titles came Inveruglas Isle on which sits Inveruglas Castle. It was a principal stronghold of Clan McFarlane, who were Royalist supporters in the Civil War between King Charles I and Oliver Cromwell. Cromwell’s men partially destroyed the castle, the ruins of which still remain on the island today.

After Ian attended agricultural college the family bought Blairfad in 1965. The farm has been extended considerably over the years. When bought it was just 230 acres and is now 670 acres. It has been added to a field or two at a time over the years as neighbouring farms have been sold or given up land. Ian and his wife Tricia still farm Blairfad today.

John, (Henry’s nephew) returned to become a partner at Inveruglas in 1978 after working in gold/diamond mines in South Africa along with a spell on the North Sea oilrigs. He and his wife Jane still farm at Inveruglas today.

Ian’s son Bruce was brought up at Blairfad. The first ground was bought at what is now Lands of Drumhead in 1989 and when Bruce and Shona married in 1993 they built a house on the new land parcel that the family had acquired. They now farm Lands of Drumhead and their four children, Jan, Rebecca, Sally and Gregor are all learning the ropes and will be the fourth generation to be involved in our family business.